BOTTOMS UP  is a band that has their own sound, style and "original" material that is cutting edge & current with a '70s & '80s feel. Hard & heavy songs with melody hooks that will reel ya right into their groove. The band released their debut CD "Whiskey Down" in August of 2005, and their "Wild N' Free" DVD in 2007 to rave reviews in New England music publications, Music Trade Magazines, and many worldwide internet independent music sites. Their 2010 CD effort, "Shelter From The Storm" is available in music stores, most online sites (Amazon, iTunes, Rhapsody, CD Baby, Walmart etc.) or directly from the band on this site. The bands highly anticipated 2017 CD,  "Everybody Rock N' Roll" was released on May 26th and is available for download on over fifty internet stores including : Itunes, Amazon, Spotify, I Heart Radio, Napster. The physical CD is also available for a limited on our merchandise page. 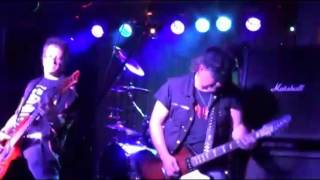 The BRAND NEW CD is in and ready for release on May 26th. You can reserve your copy today by pre-ordering on our merchandise page.. The CD will ship out on or before the scheduled May 26th release date. The CD is $10.00 + $3.00 (Shipping US Only) If you're outside the US please email us for shipping cost to your country. If you would like you copy autographed by the band, please include a note with your payment when you check out.